I Remember Hearing Bruce For The First Time

It was in 1975 and I was sitting in my dad’s car returning to my summer job working in his warehouse. Born To Run came on the Johnnie Walker’s lunch time Radio One show. I was a little deflated to hear him describe it sounding as if ‘his mouth had been stuffed full of old socks’ at the time. I’ve had this out with Johnnie since then and he has no memory of it but as a 17 year old it left a mark. So too did the song. It was the first time I’d actually heard the music having read so much about this mythical New Jersey, new Dylan.

Within a few weeks I found myself lingering in Bruce’s Records in Reform Street in Dundee as they played the whole Born to Run album back to back. I was transfixed. As soon as I had the money together I asked a friend who was going into town to bring a copy back to me. I still remember the smell of the original gatefold sleeve…and what a sleeve. One Saturday I invited a pal over to listen and we got to the climax of Jungleland as the sax solo hit peak volume when my dad stormed in and told me to turn it down. It was peak humiliation, but nothing distracted from the album. A friend played football and was thrilled to discover that one of the lines from Meeting Across The River had appeared in the team sheet of their visitors; Eddie Mann played at left back.

By the Christmas of 75 I’d caught up on the back catalogue and convinced myself The Wild, The Innocent was the apogee of recorded and lyric history so the Springsteen albums were now good friends. However it would be three more years until the next album and at that age six months is an eternity. Punk, post punk and new wave all happened and it was hard to see how Bruce fitted into that world as Darkness on the Edge of Town arrived. It took my pal Doug’s party over the summer and Racing in The Streets when Gary W Tallent hits the first bass note to realise I need to own that album. In the couple of years that followed I started to hear the bootlegs of those endless tours between 75 and 78 which cemented all the myths. I heard the ‘Brooooces’ and thought it was booing, I heard the cover versions and I heard what Bruce did with ‘Because The Night’ even though…I know…he couldn’t find room for that song on an album. 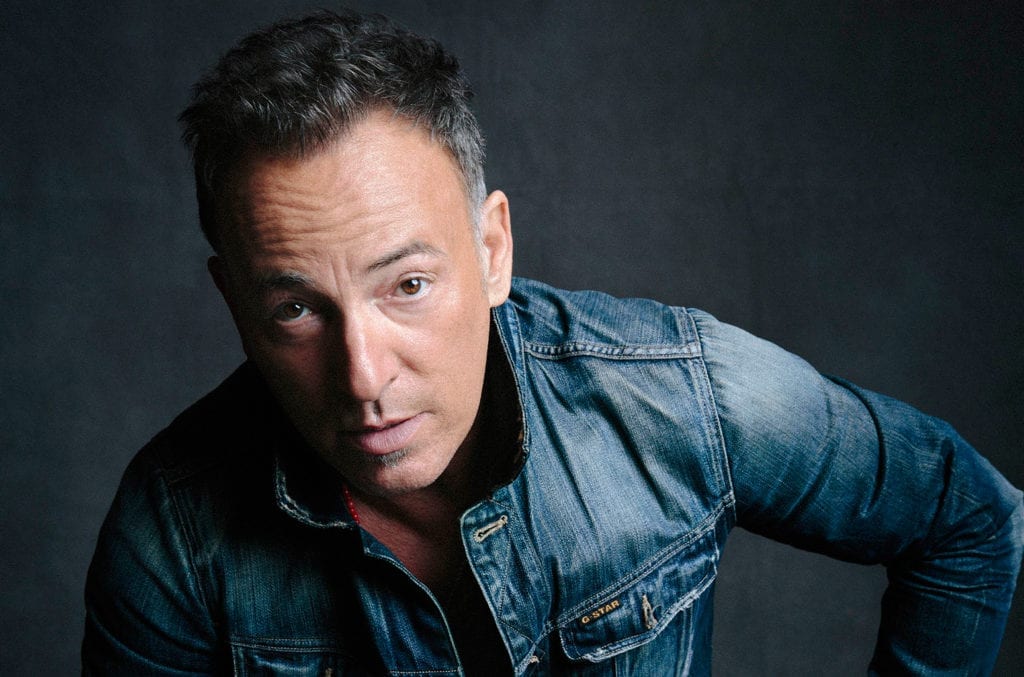 By the time The River arrived Bruce Springsteen was on British radio and he had a hit record and as the eighties passed the same pattern would continue. I’d tell myself I was over Bruce Springsteen then something wonderful would happen and I’d fall back in love as surely as a smitten school boy. I’d hear Hungry Heart and life would be possible again then I’d meet my future wife who’d sing Used Cars and I’d realise that Nebraska was really all that could ever be important in music. Where I came a little unstuck was Born In The USA…hey, but I got over it and rejoiced into the live 75 – 85 album even though my true believer pals hated it for being so edited…they had all the bootlegs.

The arrival of Tunnel of Love however was love at first sight and our wedding band played  ‘All That Heaven Will Allow’ as our first dance and I gleefully shuffled around the floor.

In the nineties I’d been a bit disappointed by the twin releases of the 92 albums but found so much to enjoy in ‘The Ghost of Tom Joad’ and the subsequent release of the revitalised East Street Band’s Live album from NYC in ’99. Bruce was on fire.

I’d seen Springsteen a good few times by then, but one beautiful summer night at Old Trafford Cricket Ground in the early 2000s was perhaps the best show I’d seen up to that point. Springsteen – with a new producer in tow – was on a creative roll. Following on from The Rising he made album after album and even went touring and recording with his folk/big band too.

I’ve rejoiced as he finally came to Glasgow and the last time he visited was the perfect evening. Like any artist there are moments I’ve loved more than others and there’s albums I’ve never quite bonded with…but I’ve loved his music for nearly 45 years (a good rock n roll number) and I’m not going to stop now.