Like one in thirty of my fellow Scots I succumbed to the old Covids last week. I was lucky enough to test negative in time for the big Deacon Blue show we had at the weekend at Blenheim Palace (thanks if you were there), but wasn’t able to be on-air last week for the AC. I’m fine now and feel slightly relieved that I managed to catch the virus without having to cancel any more live gigs.

So it’s meant we have lots and lots of new music to play you this week as well as welcoming back an old friend. Darden Smith returns for the first time since he last visited us in 2013. Darden comes to play songs and talk about his new album Western Skies, which is really a fascinating listen. It’s accessible but has such great layers and wise insights from a song writer who has always been a vital listen. Having spent a tour with Darden I know how great his company can be, but I also enjoy his company when I hear his songs. There’s a deep truth in this record celebrating his own home state of Texas as well as throwing a light on the business of getting older. I love songwriters who grow old with you and reflect that narrative in their output. If you do then the second hour of this week’s AC is for you. 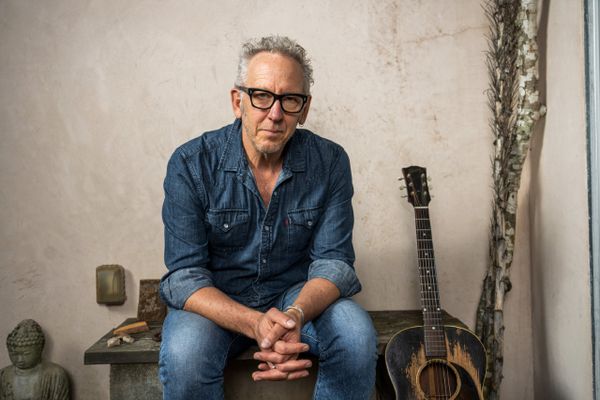 We have lots to play you before then including new tracks from future guest Arlo McKinley, old friend Courtney Marie Andrews and the ever green Carrie Underwood. We’ll celebrate Steve Earle’s tribute to Jerry Jeff Walker by playing a track from the new album, a great Jerry Jeff cover and a song from the man himself. We do all of this in a two hour show and you can hear it all on BBC Radio Scotland from five past eight this Tuesday evening or at a time and place of your choosing on BBC Sounds. Live or later, join me if you can.

A Visit To The Hospital: Simone’s story

The Best Night of The Year